Star Corridors is a tribute to the most mythical corridors in the galaxy.

It is developed on HTML, CSS and Javascript.

It contains a set of free and printable background panels for action figures. 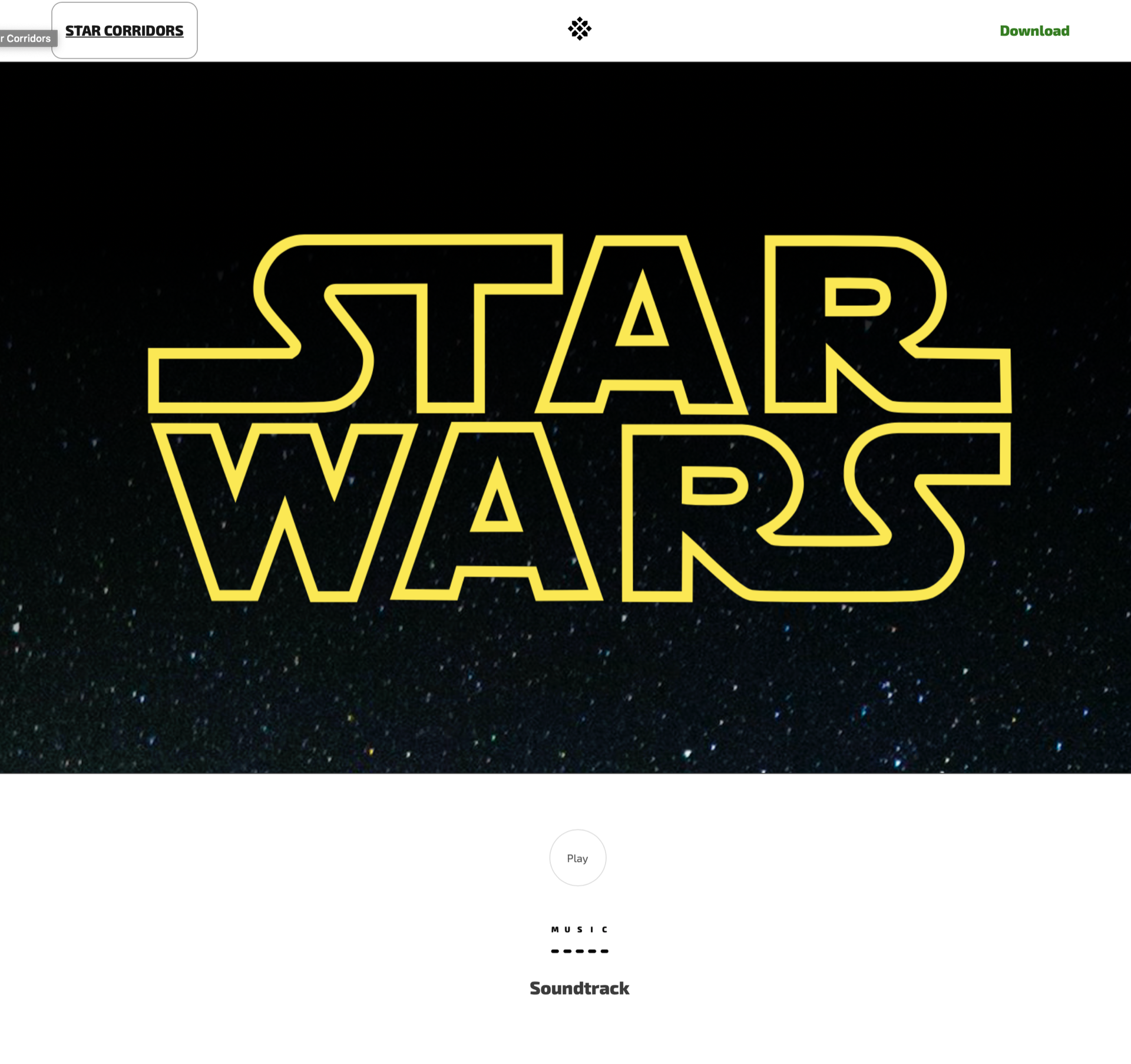 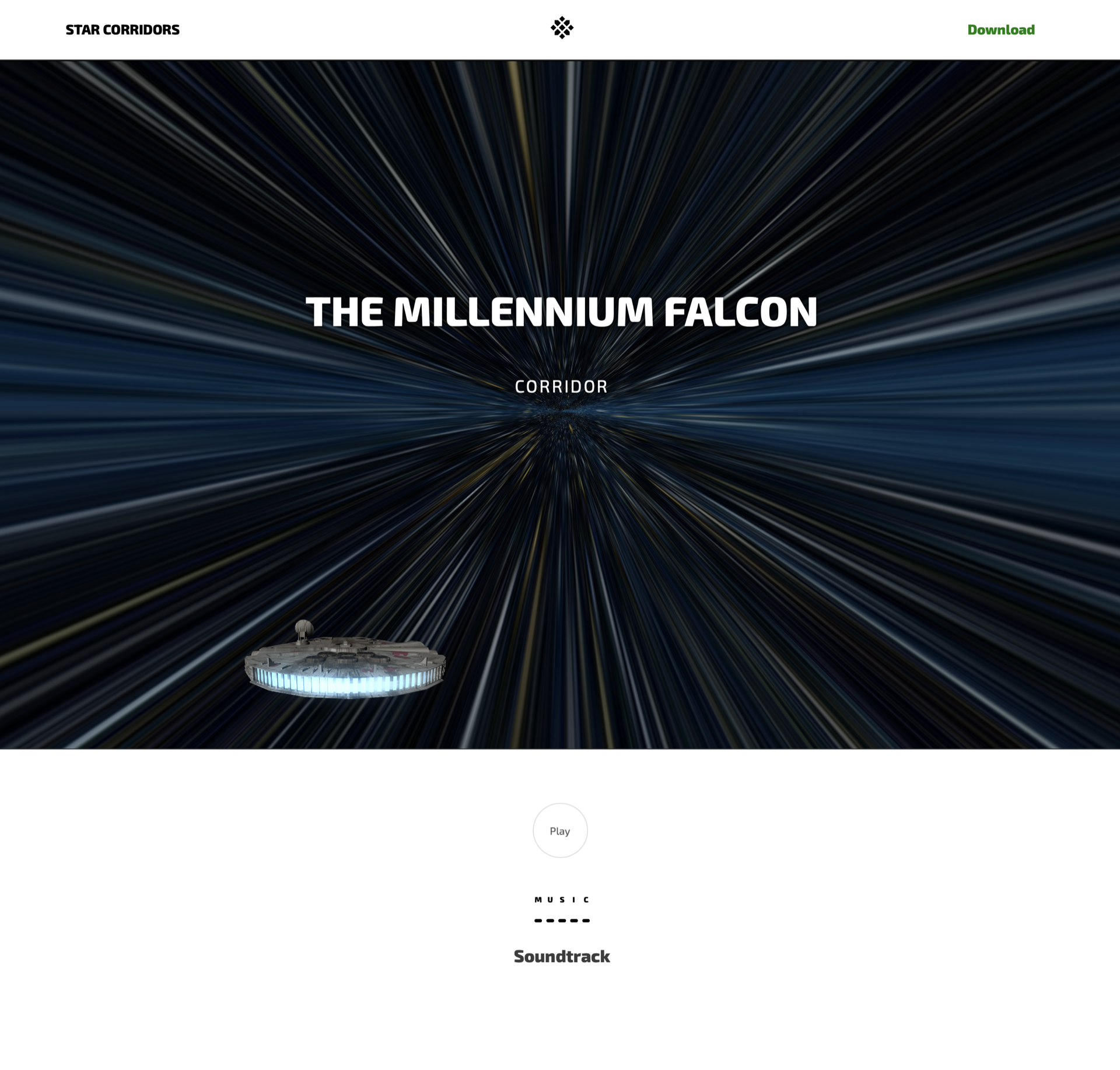 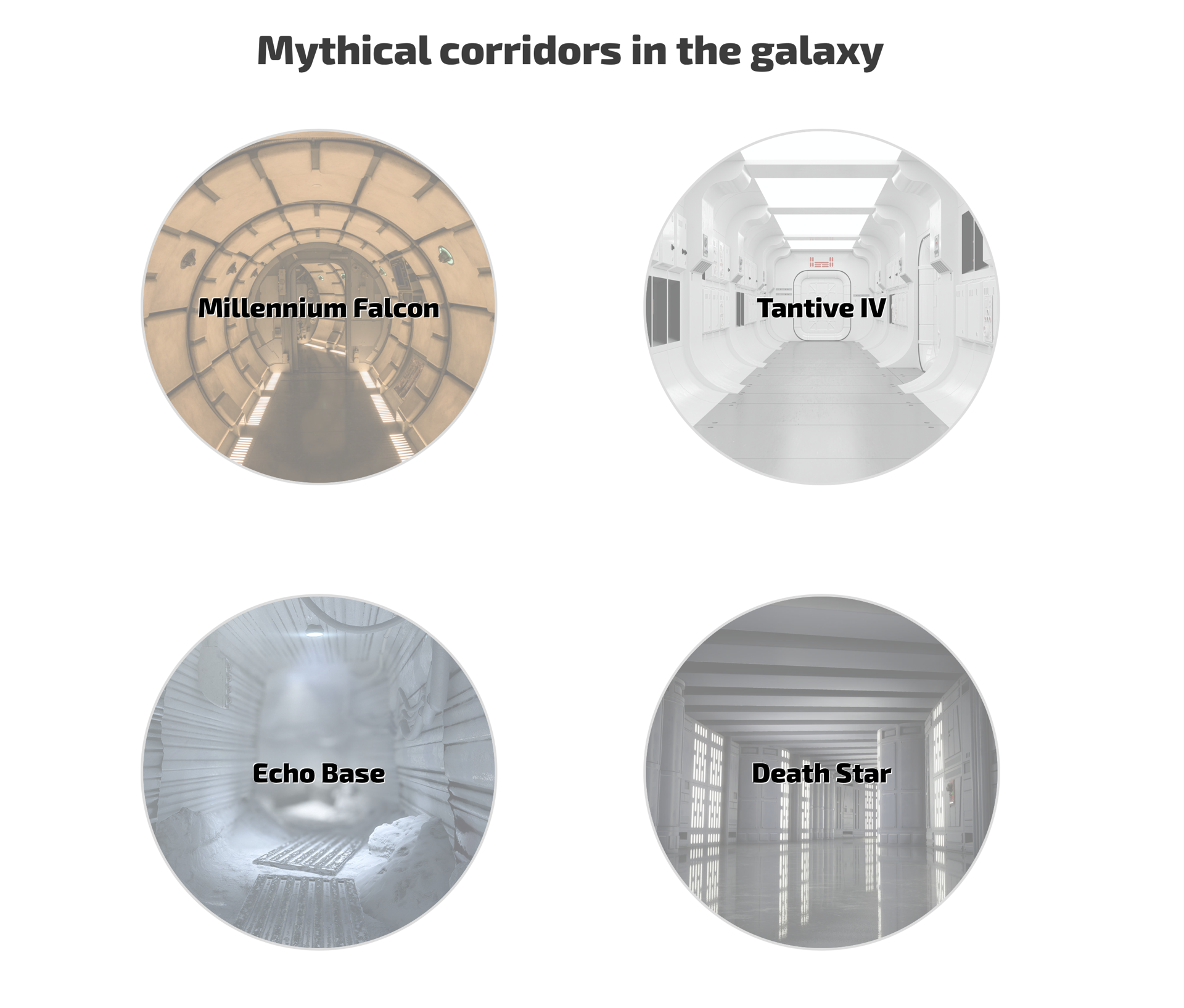 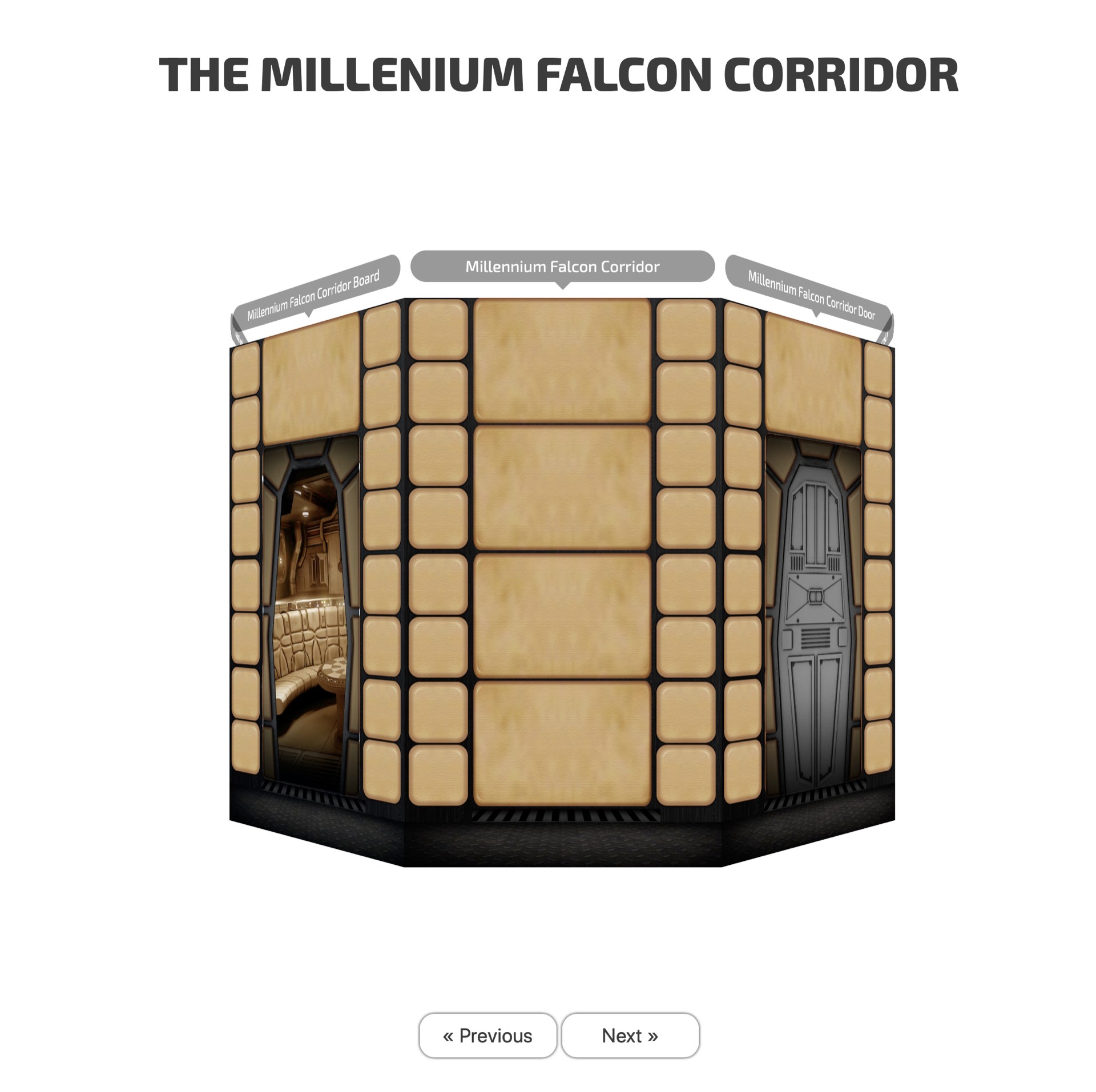 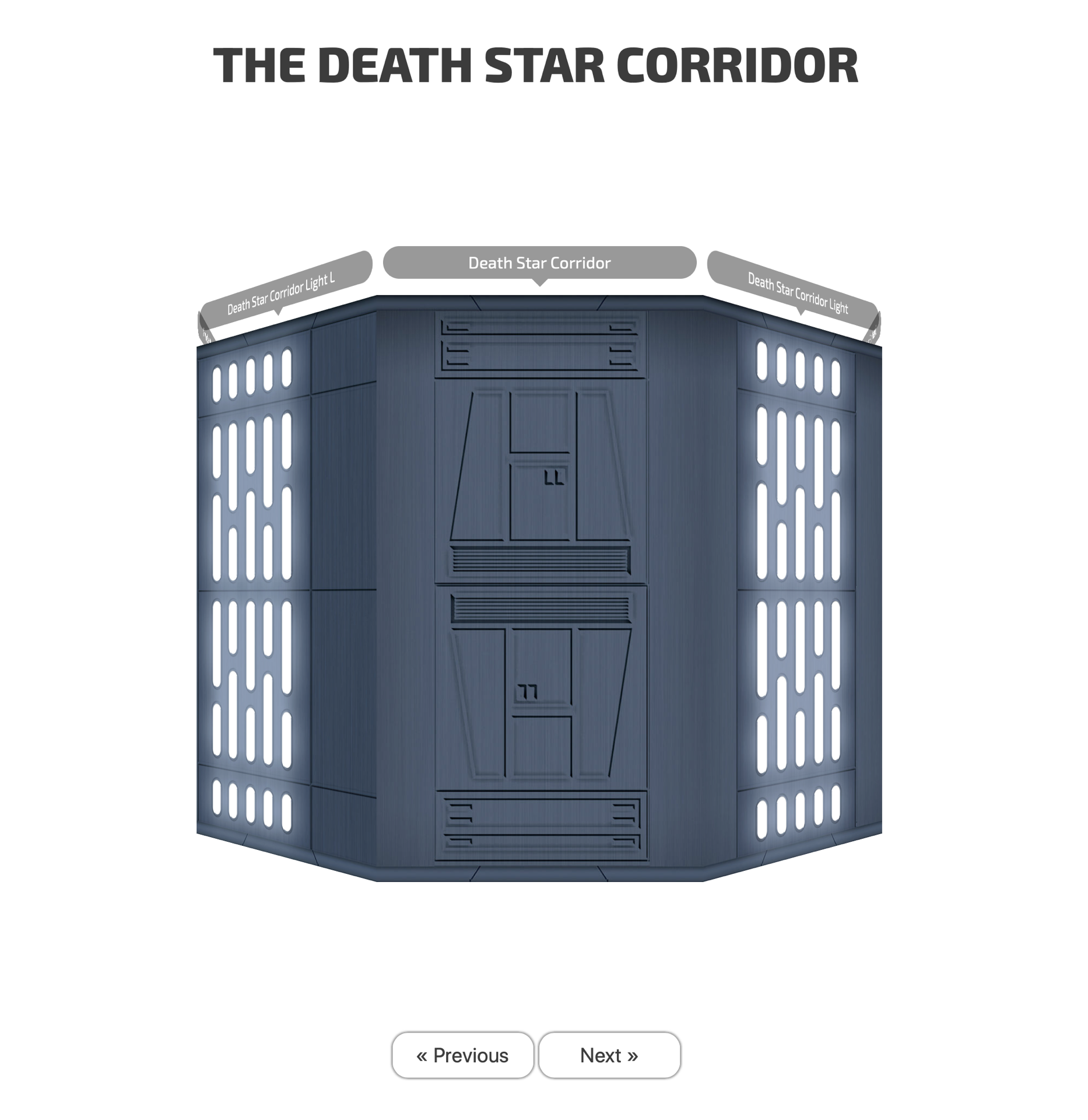 Star Wars and all the characters, artwork, stories and other elements associated are property of Lucasfilm Ltd. LLC.

This website is a tribute to the emblematic universe created by George Lucas, licensed to the public under the Creative Commons Attribution-NonCommercial-ShareAlike 4.0 license, or CC-BY-NC-SA. A human-readable summary of this license is available at CC4.0.

Star Corridors is an idea, created, designed and coded by Acózar.

All corridors panels are designed by Acózar. Death Star , Tantive IV and Echo Base panels are inspired from originals decals by Frank Diorio (Diorama Workshop). Panels can be downloaded for free to use as backgrounds with action figures dioramas or displays. Non commercial use is allowed.

This website is hosted at Github Pages and coded on HTML, CSS and Javascript.

Code can be downloaded from the Starcorridors repository on Github.

Star Destroyer from Ya Web Design.

All music composed by John Williams, edited and arranged by Acózar with a little bit of Garage Band.